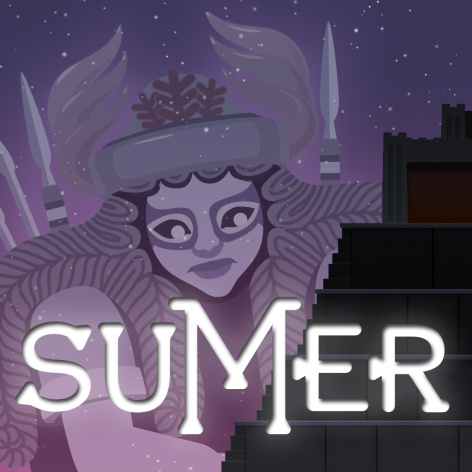 Sumer is a digital board game where you play a Sumerian noble competing to gain the favor of the mighty goddess Inanna.  To get in her good graces, you gather resources, trade goats, and perform sacrifices, all while running around a ziggurat in a unique blend of turn-based and real-time gameplay.

The game started out as the thesis project for my MFA in game design at NYU Game Center. The team wanted to bring the innovative mechanics of modern Euro-style board games into the world of video games, which have yet to really make use of them. We also sought to explore how the unique affordances of digital play could enhance board game design. I believe we succeeded on both counts. 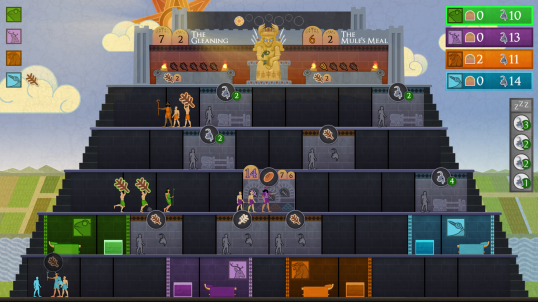 Sumer was accepted into the NYU Game Center Incubator in summer 2015 following our graduation, and received an honorable mention in the 2016 IGF awards for Best Student Game. It’s also been shown at many festivals, including EVO, the Boston Festival of Indie Games, the GDC 2016 Indie MegaBooth, and the Playcrafting Winter Expo.

We ran successful Greenlight and Kickstarter campaigns and are currently in closed beta with our Kickstarter backers. We expect to be in Early Access within a few months, with a full release (including online play!) tentatively scheduled for late 2017.